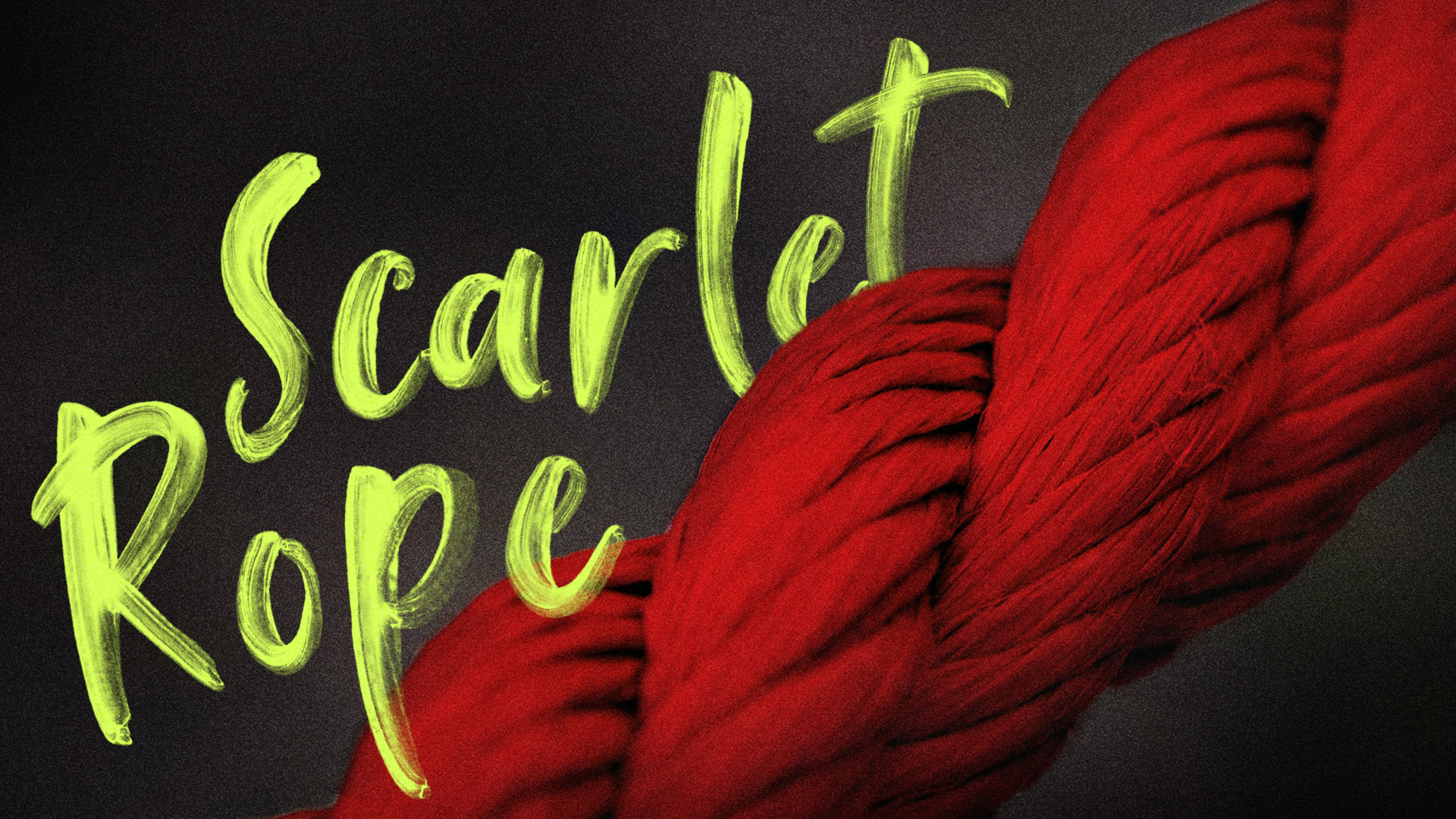 The story of Rahab, the prostitute, and the two Israelite spies (Joshua 2:1-19) is a story about salvation. When the King of Jericho tried to take them captive, Rahab hid the two men and directed the soldiers away from her house. She let the Israelite men escape through her window with a scarlet rope. And because she had saved their lives, the men agreed that the Israelites will spare her life, and all the lives of those who are in the house with her when they overthrow the city.

They instructed Rahab that she must tie the scarlet rope in her window as a way to identify her house. The whole city fell – everything came down, except the house in the wall with the scarlet rope. Rahab and her house were saved, and what makes this story more profound is that Rahab eventually became part of the genealogy of Jesus (Matthew 1:5).

The scarlet rope points to the blood of Jesus and our salvation. Starting in Genesis all the way to Revelation, there is a scarlet thread – the story of Jesus woven throughout the scriptures. We should let the scarlet thread not only be woven through scripture, but also through our lives. It should identify who we are and manifest in everything we do, as it enables us to be called sons and daughters of God.

When the walls begin to crumble, may we rest in the fact that we are covered, hidden and protected by the blood of Jesus.